Herding Cats was an amazing group exhibition held over two months, as part of the Bein’ Narly 2018 Art Festival, in honour of Young Henry’s much missed brewery cat “Blackie”. Artists in the exhibition generously donated a portion of sales to Cat Protection, in total raising $1281 to help our feline friends!

A huge thank you to the awesome event organiser Glenno Smith, our friends at Young Henrys and all of the artists for their support! Watch the Herding Cats video here 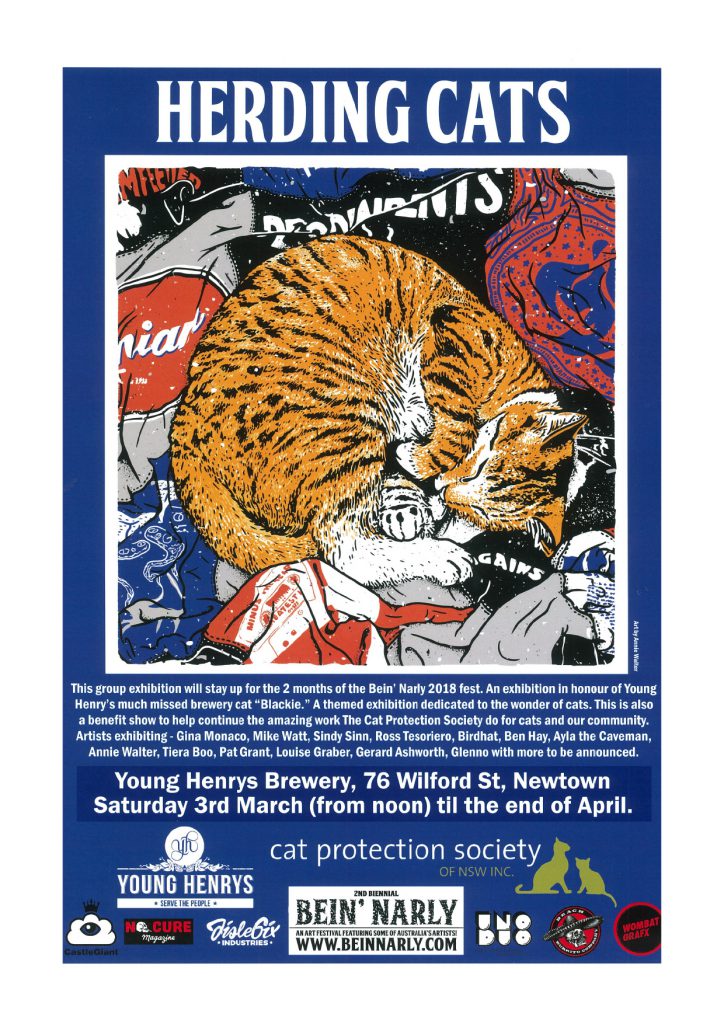