We were very excited to have John Kennedy playing a special set at the Cat Protection Society Op Shop. This momentous launch party was for their brand new single “Peter Says”.

The song tells the tale of a middle aged independent musician with a penchant for bargains from opportunity shops in Sydney’s Inner West suburbs. The Peter in the title is in fact, the drummer from John Kennedy’s 68 Comeback Special, Peter Timmerman. It was Peter’s repeated tales of Cat Protection Society op shop finds that inspired Kennedy to write this song.

The launch party was a smash hit with lots of laughs and a ton of fun was had by all. Hats off to John Kennedy’s 68 Comeback Special for sweating through a sensational set including lots of witty repartee and a rousing rendition of “What’s New Pussycat”. 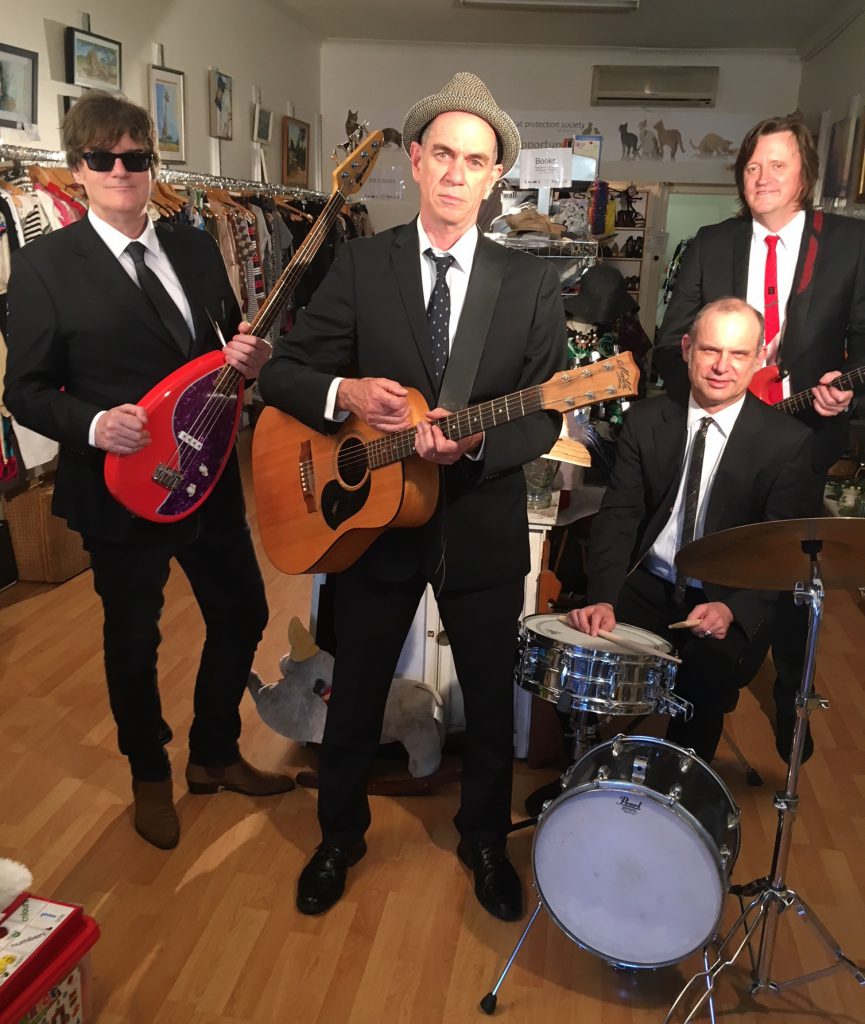